On This Side of the Pond - Obama Wants More OSHA Funding 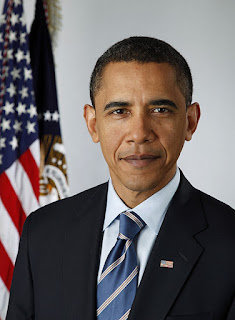 As part of the administration's recently released budget proposals, President Obama is aiming for major increases in funding for the Occupational Safety and Health Administration. The document was released on Thursday says funding increases would allow the agency to "vigorously enforce workplace safety laws and whistleblower protections" that were largely ignored under the previous administration. From the article

"For the past eight years, the department's labor law enforcement agencies have struggled with growing workloads and shrinking staff," the 134-page document said. "The president's budget seeks to reverse this trend, restoring the department's ability to meet its responsibilities to working Americans under the more than 180 worker protection laws it enforces."

The McClatchy Newspapers article cites a recent investigative article that appeared in the Charlotte Observer as evidence that additional funding and enforcement by the agency is desperately needed in the poultry industry. The article found that laxed government enforcement has caused increasing numbers of workplace injuries to go unprotected and is putting consumer products at risk of disease contamination.

Though Work-to-Live is focused on workplace health in India and other developing countries, it is great to see the leaders in our own country working to restore the image of a neglected agency. It allows American nonprofits to seem less hypocritical when we are advocating increased OSH funding and regulatory enforcement in the developing world.
Posted by Jonathan Zuk at 11:01 AM